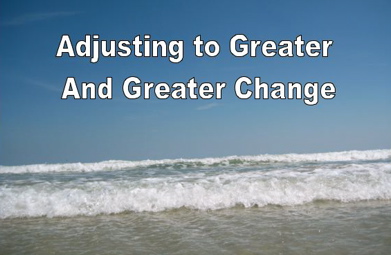 “Even at $15 futures I don’t think we are any better off than we were when we filled the highways up with tractors.”  That was the retort I got from a farmer who approached me after I finished speaking on Thursday of this past week at the Western Fair Farm Show in London Ontario.  He was referring to the value of a bushel of soybeans, which since has retreated into the $14 level.

That’s not exactly how I see it.  However, I didn’t have the chance to explain it as any speaking engagement always turns into a tangle of comments and greetings at the end.  I gave the man a card and we’d see how things turn out this fall.  He said he had contracted new crop soybeans at $13 a bushel for fall.  That seems like quite a good price to me especially with the Canadian dollar still rambling around par.

I’ve said it before and I’ll say it again.  I don’t get it.  With corn acres set to plummet across Ontario and other parts of North America, its natural to surmise, so will the demand for corn fertilizer.  However, everywhere you go its said, “fertilizer prices are going up.”  I give them my argument and they say China and India.

I buy China but I don’t buy India.  In fact, I went to my photo archive and I dug out some pictures I took on the Indian border.  One picture is of Bangladeshi women-harvesting rice.  The other picture is of a rice paddy near the Indian border.  In 2000 I was traveling by car north of Sylhet, Bangladesh and I asked my colleague, Dr. A.K. Enamul Haque to stop the car.  I wanted to walk out into the country and talk to the farmers.

Like anywhere in Bangladesh, I was quickly engulfed with people.  I bent down took some of the hard soil in my hand.  It looked as hard as some of mine back home in Lambton County Ontario.  In any case I turned and went back but a rice paddy caught my eye.  It looked better than may others.  So I pointed and when I pointed a Bangladeshi farmer spoke up.  That was his field.

So I asked him, what fertilizer did he use?  He smiled and said he used some manure.  However, I should have known that.  Most of India is the same way.  I’ve questioned my colleague about it since and he agrees.  China might be behind some of the fertilizer demand, but its not India.  Clearly, there is something going on in the fertilizer market, which doesn’t quite add up.

Rewind for a moment to me being told that we’re no better off now than when we were running tractors on the road, going to farm rallies and generally raising cane all across Ontario.  At that time the price of soybeans was about $5.70, the price of corn was about $2.50/bushel.  It’s pretty clear if we’d ever dreamt of the day when the cash price for corn would be close to $5 and soybeans $13 we’d take it.

However, let’s say my farmer colleague is right and costs have risen so significantly are profit margins are effectively eaten up.  That’s hard to fathom under this current price cost regimen.  However, you must remember the last few years weren’t a pleasure cruise for grain and oilseed producers.  There were huge losses in 2005, 2006 and even into 2007 as much grain was priced at much lower levels.  For many producers currently receiving these new prices, it’s there first opportunity to put to rest many of those bills that piled up over the years.

Moving ahead, we’ll surely see some price rationalization followed by explosive moves upward.  One thing I’d like to know is how these current corn and soybean prices will affect the feed trade long term.  Our American friends are keeping their livestock sector on an even keel, even expanding their production.  However, in Ontario a 20-30% depopulation of the sow heard is underway.  In fact there is government dollars to get this going.  Long term this is a big negative for the agri-food sector, livestock producers and ultimately the grains and oilseed sector.  Getting those sows back producing someday is where we really want to be.

Change is our only constant.  I’ve said that a million times.   We all thought the advent of biofuel demand would advance the profits of the grains and oilseed sector.  It’s doing that in spades in 2008.  However, in the biofuel sector nobody ever imagined $5 and $6 corn.  Nobody ever imagined $104/oil.  Nobody ever could imagine the “food vs. fuel” debate.  Nobody even thought that might lead to a 20-30% decrease in the Ontario sow population.  But as spring looms, here we are.  The challenge ahead will be take what we’ve learned in the last 12 months and turn it around to our advantage.

High Cost Structure On Canadian Farms Is Our Achilles Heel

Canadian Farmers Stare Down the Barrel of the US Debt Gun

This interview is gold…

Brian O’Connell @ocathome is riding out the snowstorm in the comfort of his home.

Meanwhile, his wife is outside shovelling the snow. Let the excuse making ensue. 😂

Finally got a new phone. I’m back on Twitter.